b 1971 Göteborg, Sweden. Lives and works in Stockholm and Amsterdam.

Fabian Mannheimer’s project Lost In Technology is a tribute to the obsolete electronics that influenced previous generations. Groundbreaking in its time – now forever lost.

Mannheimer does not want to suggest a direction for the future, rather than reflecting on a future from the past.

It examines topics such as human exposure in an urban world. What happens when dreams of utopia turns into dystopia?

In the work “Göte”, Mannheimer released circuit boards, cables, transistors and resistors from a 1972 new Bang & Olufsen, with sentiments of industrial environments and underlying threats.

The work is a commentary on technology’s relentless progress and development – and the values that might get lost in the process. What happened to us, the ones constantly left in the wake of technology?

Exclusive hi-tech far from mobile phone apps and the sparkling future of a digital revolution. A Brave New World in decay. 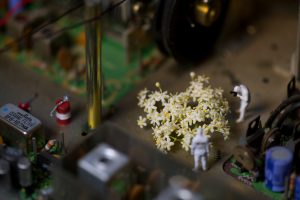 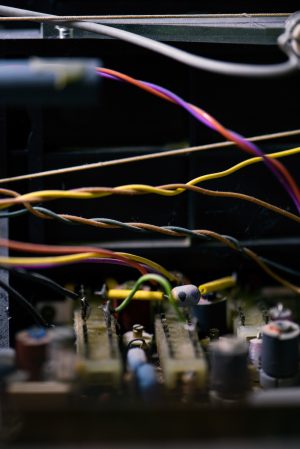 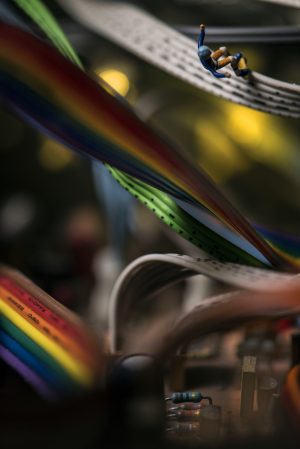 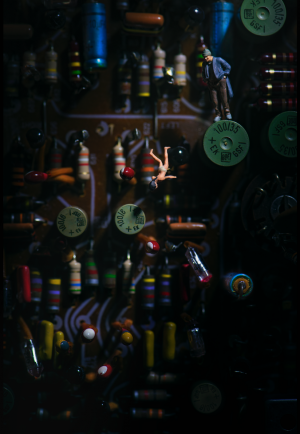 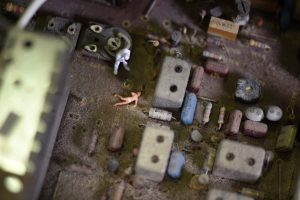 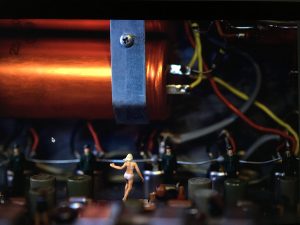 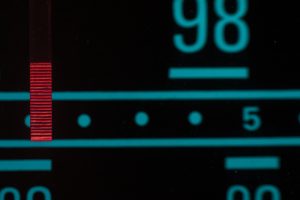 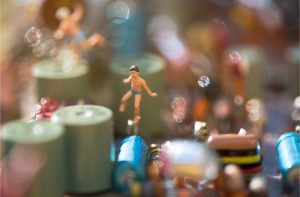 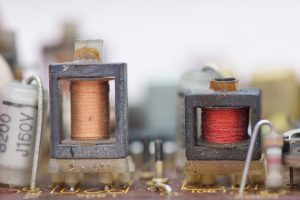 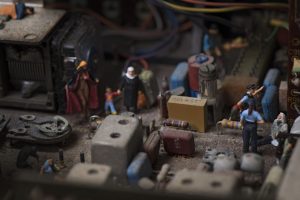 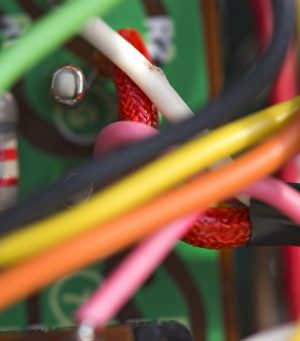