b 1978 Hanover, Germany. Lives and works in Berlin, Germany.

Born in Hanover in 1978, Jan Kuck at first studied law, and continued with history and philosophy, in which he obtained a master’s degree.

Since 1999 Jan has been occupying himself intensively with a self-study in designing objects as well as the production of conceptual art. He has been living and working in Berlin since 2004.

In his conceptual art he carves out the wit and tragedy of our society in a pointed manner. He therefore subdivided society into multiple fine categories to
which he assigns all of his works individually.

His currently favoured materials are concrete and wood, as well as neon and glass. In contrast to conentional conceptual art he attaches great importance to the philosophical foundation of his work as well as their aesthetically immaculate design.

Jan conceptualised his first own gallery exhibition (PACKET-SOUP) in 2012, and displayed his work at SAVVY Contemporary Gallery Berlin attracting extensive media coverage. In October 2013 he presented his design – the T.TABLE – at JR Gallery Berlin to a selected audience and therefore received considerable national and international press attention.

Since June 2014 Jan Kuck has been represented by Bernheimer Contemporary. Since than he took part in over 30 exhibitions.

Currently he is preparing several national and international solo and group exhibitions. 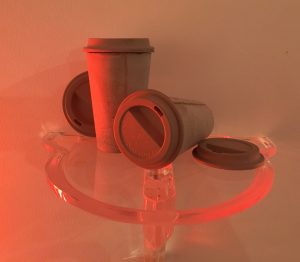 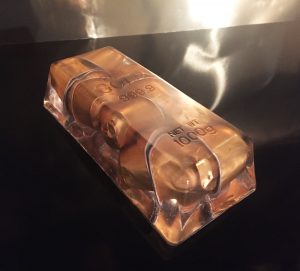 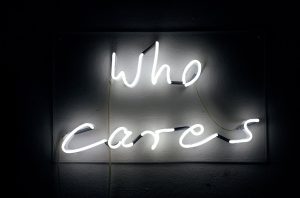 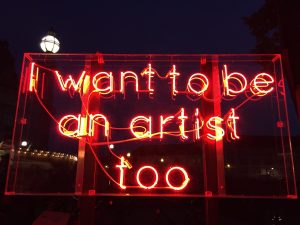 I want to be an artist too