b 1982 Bergen auf Rügen. Lives and works in Leipzig, Germany.

The graphic series “Calua” shows an unusual view of the anatomy of skulls. Fragments of bones can be seen, which are freely and unintentionally joined together to form new bodies. The linocuts are preceded by preliminary drawings in which the bodies are developed. Due to the dominant central axis, the bodies appear symmetrically mirrored without being so. This creates an interplay of illusion and ornament. 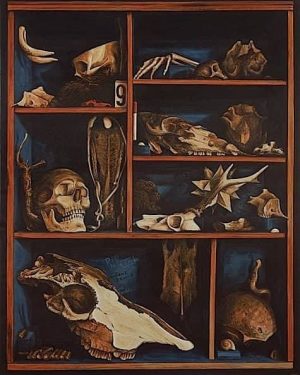 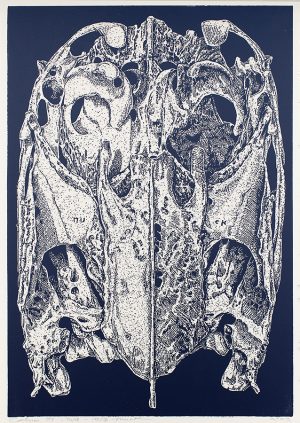