b 1976 Chorzòw (Königshütte), Poland. Lives and works in Berlin, Germany.

The Berlin-based artist Kurt von Bley (born 1976 in Poland) creates work with focus on the theme of „Identity“: the search and loss thereof.

He prefers to express his thoughts and inner images through three-dimensional representation. He often works with old family photos, which he transforms in his various artistic processes into objects using also household items and objets trouvés, which are alienated and detached from their original function and origin.

His preference to work in 3-D and to create tangible objects is possibly stirred by his own search for identity, the longing for this „something“ tangible to be utterly reachable and in front of him.

In addition to his 3-D works and installations, photographic pieces form a large portion of von Bley’s body of work. Here, many of the photos come from the private family photo albums. These are then changed and manipulated through the use of various techniques, including collage-like assemblage of various pictorial elements, sewing and embroidering over the photos, pasting, marking, or treating them with wax. This detaches the photographs from their two-dimensionality and transforms them into sculptural, object-like structures.
Sewing and embroidery – culturally and historically activities, under the collective term „handicrafts,“ associated with women – play a central role in this transformative process of his photos and negatives. In these „stitched“ works, Kurt von Bley achieves visual results that are different in connotations and content from their „traditional“ interpretation.

The tedious attempt to create an identity interests Kurt von Bley as much as the question of how stable such a newly created identity can be. This painful search for it, is reflected in the stitched pictures, in which the faces are masked, altered or even completely concealed, but must somehow be patched up…

The motive of being a stranger in an ethnically homogenous environment, run like (red) thread through much of his works… Likely stemming from his own biography (born into a family of German descendants from Upper Silesia – a formerly German region which belongs to Poland since 1945), resulting in the lack of „having a voice“ and being alienated and anonymous. 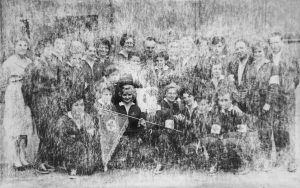 Join in the chant 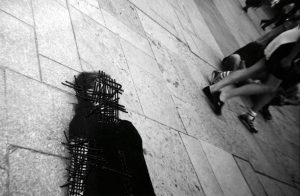 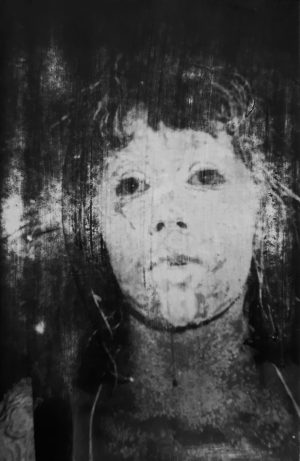 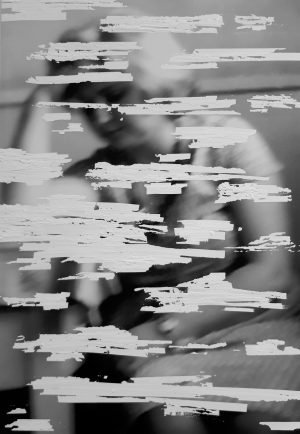 Let’s chase the dragon from our home 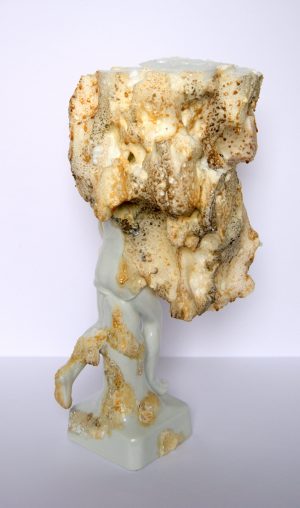 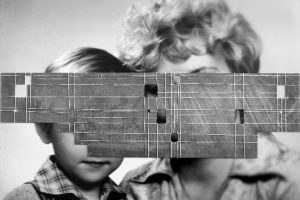 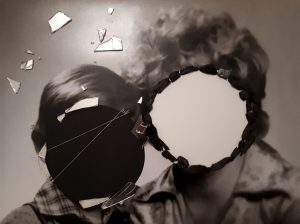 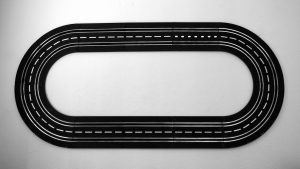 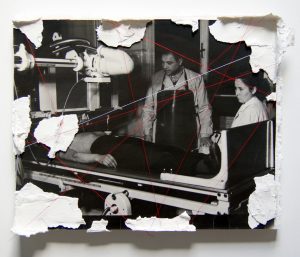 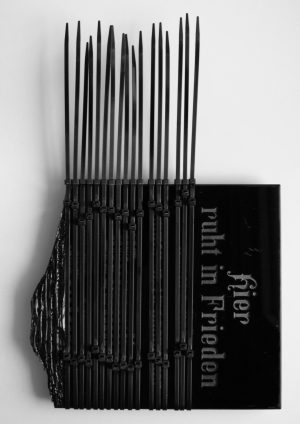 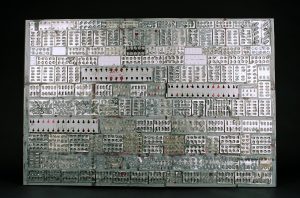 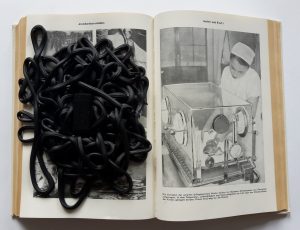 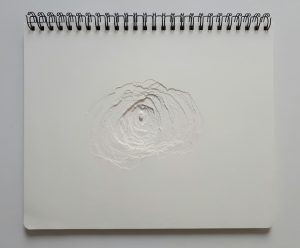