Silke Bartsch paints scenes and situations from her urban surroundings, focusing on aspects of the everyday. Her subject matter includes places she enjoys such as miniature golf courses, balconies, tents and allotment gardens. Her painting style dances on the border between representation and abstraction.

While the paintings are mainly void of human presence, the places portrayed remain animated. Within the details of each painting you are able to find subtle traces of the people who once used these spaces as a form of retreat from the gazing masses, or a shelter where one can at least temporarily, follow his or her own pace.

With a colorful approach, using light overlapping brushstrokes, Bartsch presents her small microcosms as series. These series have varying titles such as ‘above’, ‘absence’, ‘Rückzugsmöglichkeiten’, as well as using street names and numbers, each representing a place where life can continue unnoticed. Her paintings are picturesque painted collages, which provide an insight into a neighborhood world, seen from the perspective of the anonymous observer, however, without seeming voyeuristic.

What remains visible in a rather graphic translation are the utensils of lived-in places without the appearance of its inhabitants. A balcony or an allotment garden is a place where life happens outside of the intimate living space, a semi-private cove within a public space. It is possible to gain snapshots of the outside world from within these spaces without really being seen, and also for the eyes of the locals for whom this view is so familiar. These contemplative scenes become the starting point for the viewer to explore these everyday stills.

All of the motifs are based on photographs that are expressly taken with the paintings in mind. Through the painting process the view of nature and architecture become simplified. In what some may find as unspectacular subject matter, Bartsch finds a starting point from which to explore the boundaries between realism and abstraction. Bartsch often works in small series of three to six paintings using a combination of acrylic and oil paint. In parallel, the artist continues to explore the use of other materials including polystyrene, linoleum and wallpaper as a means to challenge the classical notion of the picture plane. 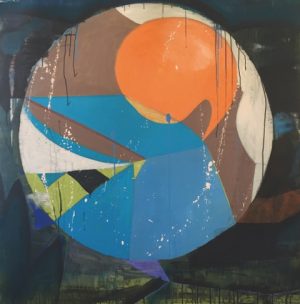 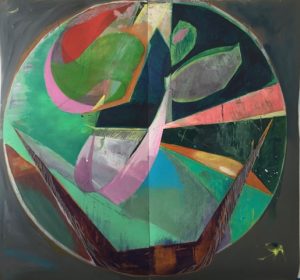 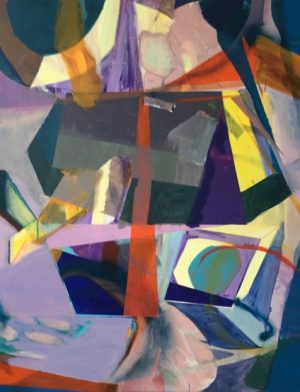