b 1979 Halle Saale, Germany. Lives and works in Berlin.

The essence of my work consists of metaphors responding to contemporary socio-political and economic issues.

Photography and installation currently represent the most suitable means of interpretation of my work and it is the materiality that receives my particular attention in the digital era. Ideally, my work will not constitute another piece of consumption, but rather invite the viewer to adopt novel perspectives when contemplating known issues.

For some time, my work has focused on the water element and its ecological and economic significance. The blue images of the series Waterscapes are cyanotypes depicting manifestations of water in its natural cycle, remote from human impact.

In contrast, the series Fading Ground shows the appearance of a landscape considerably altered by large-scale industrial farming methods in Almeria, southern Spain. Monocultures cocooned in plastic foil minimize nature’s diversity to its scantest version. The area is referred to as “El mar del plástico“, the sea of plastic. While the term ‘sea’ denotes a natural water biotope, any natural balance between different species is absurdly absent from this environment of vast greenhouses, covering endless kilometers of landscape so much as to be visible from the moon.

The Garden of Eden, provided by four rivers, was a fertile ground nourishing humans and all living creatures. Adam was meant to cultivate and maintain this place. Yet the earthly paradise was lost, according to the narrative. Nowadays we acquire the fruits of cultivation in supermarkets. A rich, endless, standardized assortment of vegetables and fruits are available throughout the year. The growing of produce requires water, referred to as virtual water. Large-scale industrial farming regions in southern countries, that often already suffer from water shortages, constitute an immense burden on the local water balance. Excessive use of fertilizer and pesticide further deplete soil and ground water resources while in an economy based on continuous growth and commodity trade, agriculture increasingly serves export production.

For Garden of Eden, I collected cardboard crates from local Berlin supermarkets, which have been used to carry produce from water-scarce regions or along extensive transport routes. I applied photographs of water tubes shaping a maze into the crates, which are connected to the adjoining ones, like commodity flows are globally interconnected. It has been suggested that our virtual water consumption is a thousand times higher than our actual use of water from the tap. 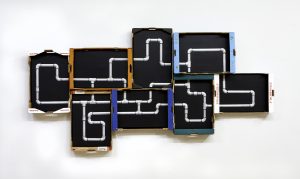 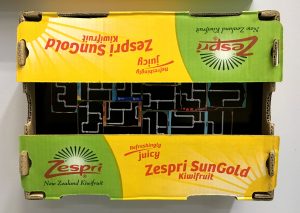 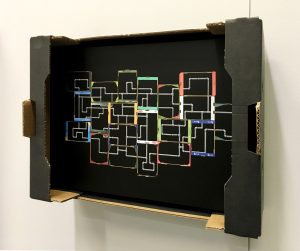 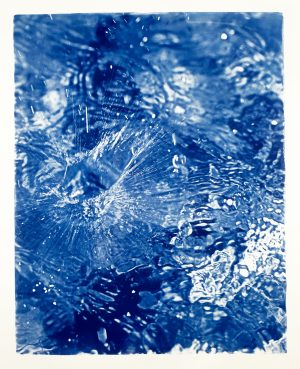 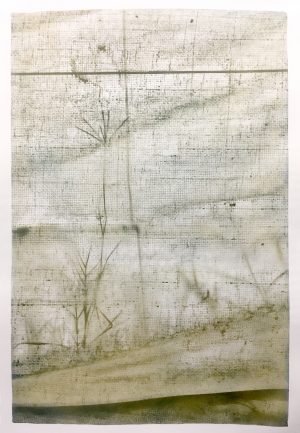 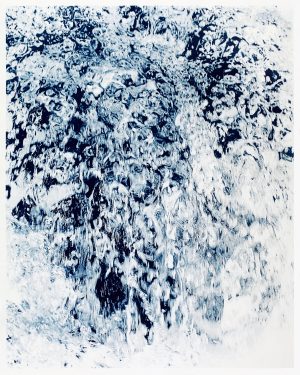 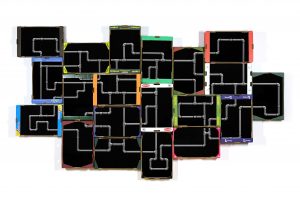