b 1983 Munich, Germany. Lives and works in Berlin.

The light and mirror objects are based on light elements from modern striptease clubs and are inspired by the essay “Strip-tease” by Roland Barthes, published between 1954 and 1956, from the anthology of everyday life. In his essay the French theorist deals with the deconstruction of the striptease. The reference to striptease clubs can also be read as a commentary on the art world and the work of the artist as a critique of the current factors that the art and the art market today increasingly influence. But not only. The strength of the work lies precisely in the ambivalence of the signs and sources of inspiration, which the artist takes up and links to a widespread association network. Also the approach of the soul-striptease, in which the intimate thoughts of the artist are worn out, play an important role in this work.The song, written by Mark Knopfler and performed by Tina Turner, was released in 1984 and is the source of inspiration for the work Private Dancer. Text passages of the song are incorporated into the light points of the object. These appear in combination with currency signs such as the dollar and euro signs as well as heart- logos. The work Bullish- Bearish contains the logos of the most important currency symbols of the YEN, DOLLAR, EURO, POUND, RUPI and RUBEL, and in addition the well-known animals of the stock exchange-market. The bull stands for rising prices, the bear for sinking prices. 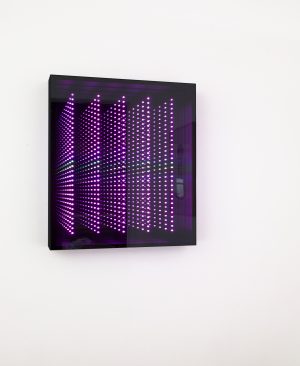 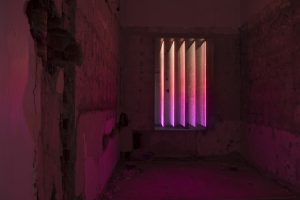 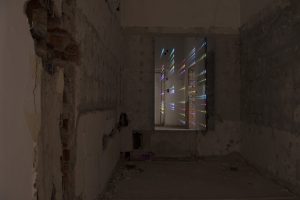