Leipzig. Lives and works in Berlin.

Anne began working in London’s colorful and extravagant fetish club scene in her late teens. Fetish club etiquette formed her ethos emphasizing the importance of consent, tolerance and respect in a sexual but also general context.
Specialising in figurative works she aims to challenge social norms, preconceived notions and explores fetishes and the fetishisation of fears as a tool to challenge, overcome and even enjoy them.

The focus within Anne’s work lies within moments that exude both strength and fragility and seek to find an equilibrium in polarities such as the beautiful and grotesque, gentleness in brutality, and other such opposites, thus creating a sense of harmonious coexistence and balance.

In recent years she has been best known for her large scale watercolour works using a saturated colour palette, inspired by 90s anime and manga series such as Sailor Moon, to counteract the often harsh subject matter.
Since 2017 her focus has shifted to improving her skills painting murals and painting with oils to further push her artistic abilities.

Anne was born in Leipzig, Germany and moved to England at the age of 9 resulting in a dual upbringing between England and Germany.

Since graduating from Central Saint Martins College of Art and Design in London in 2010 with a BA (hons) Performance Design and Practice, she has also worked in the fields of set, prop and venue styling and design for corporate events, night clubs and fashion shoots. These multidisciplinary collaborations with other creative practitioners further develop her personal work and ideas. She now divides her time between Berlin and London and enjoys dying her hair many shades of blue. 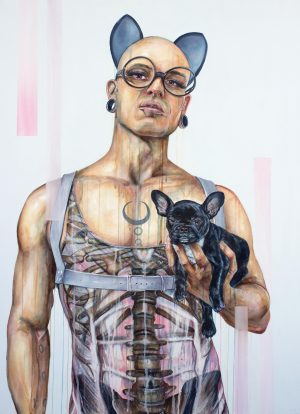 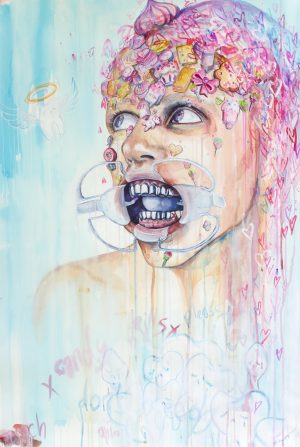 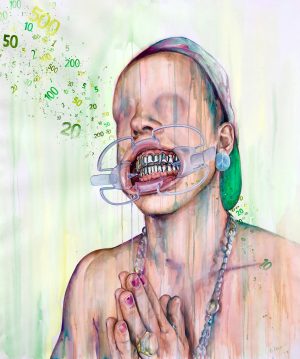 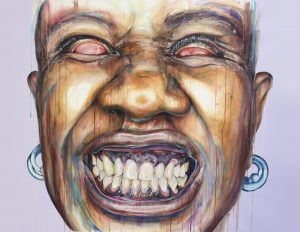 Yonamine is a very nice man 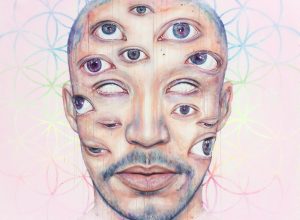 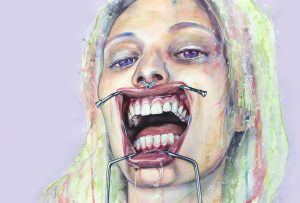 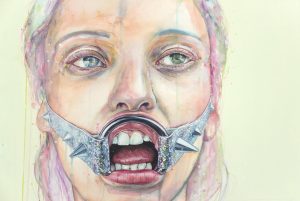 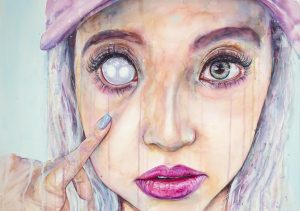 The World is Your Oyster